In the nation known as Squirrel, there are no flags. There is no national anthem, no pledge of allegiance (except to acorns and other tree nuts) and no militia. This largely peaceful nation needs no commander-in-chief, has no policy on nuclear proliferation and, for the most part, runs its chief industry - foraging and the gathering and burying of nuts - as a "green" enterprise.

Into this nation steps the interloper human, raising and rehabilitating the orphaned, the injured, the sick and the near-hopeless. In this enterprise, there is one goal in mind: To someday create an independence day for each of these animals so they can reclaim their lives. 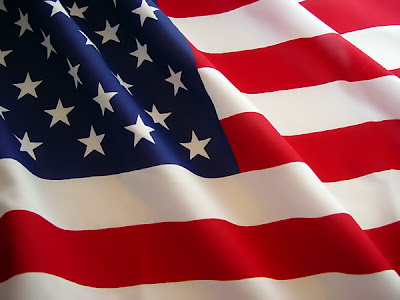 The idea is nothing short of revolutionary.

And so, just a few days before the United States' own commemoration of freedom, two female squirrels - named PeeWee and Feisty by their respective finders - declared their sovereignty and ascended to the world of branches and clouds. It was a triumphant moment for all of us.

A day or so later, a sickly squirrel on our property, felled by a severe case of malocclusion, was brought into veterinary care where it was determined her case was so advanced as to be near hopeless. She was riddled with infection and the roof of her mouth had been destroyed by her overgrown lower incisors. The next day, Reba succumbed to her distress and we brought her body home for burial in the yard where she had lived, at least for a time, comfortably. She did not die an anonymous death, her life was noted - as was her passing. Her life was one of independence until illness and injury took it from her. We had to only surmise she would not have wanted any other kind of life, if she could not live free.

PeeWee and Feisty made that abundantly clear as two individual squirrels, with individual personalities and individual histories, transformed themselves into fast-moving blurs of gray and asserted their birthright in the woods.

Independence, in whatever form it comes, can be a treasured possession.

Open the release hatch on any successfully rehabilitated squirrel, poised to return to the wild, and every day - any day - can be July 4.
Posted by squirrelmama at 12:12 PM

Wonderful reminder that all creatures value independence and freedom

What a lovely post! Happy Independence Day to you & yours, and may all beings be well :)

RIP Reba and happy Independence day to all the squirrels.

A wonderful tale that stirs our hearts for independence.

By the way, I asked at my bookshop for Plilomena's Homecoming but was told that none of their suppliers had stock which I was told that it was more likely that the publisher had not yet distributed the book out to suppliers. I was told to try again in a month's time.

Thank you all for your thoughtful posts. LGS, if you are still having trouble finding the book in another month, please do let me know.