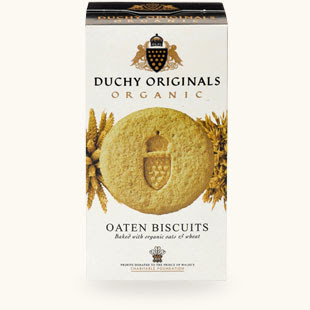 There's nothing sweet these days about Duchy Originals, an allegedly tasty confection that's popular in the UK.

The acorn-embossed biscuits are leaving a bad taste in animal lovers' mouths, and so is a violent plan against grey squirrels by a high-profile British royal, Prince Charles. As a staunch proponent of saving Britain's beloved red squirrels, and reintroducing them to Cornwall, Charles is once again suggesting a specific plan of genocide against greys, who are seen as the native species' enemy.

Kill them, says the unprincely royal.
Boycott them, say more than just a few animal-loving British, who believe their own culinary cull of the "nature-friendly" Duchy Originals brand will stand as a strong symbol of protest.

"We must speak out against such arrogant meddling with nature. Prince Charles may be King someday, but he is not God," said Kate Fowler, Head of Campaigns at Animal Aid, as quoted in Great Britain's Telegraph newspaper.

Added British zoologist Juliet Gellatley: "I’ve come to the inescapable conclusion that there is a minority of 'well-bred' people who may seem normal but who are bent on killing. Sadly, Prince Charles seems to be one of them, following in the footsteps of his tiger-slaughtering father."

This is serious slaughter being talked about here, and its solution cannot easily be hammed out across a kitchen table. Cookies - or rather, going cookie-less in protest - seems a somewhat weak economic sanction against such an egregious and heinous act.

British animal lovers, there's got to be a better way to put one's anger where one's mouth is.
Posted by squirrelmama at 10:52 PM

This is horrible! What can we do to help...besides the milquetoast suggestion to ignore a cookie??

Probably best to e-mail directly to the red squirrel advocacy organizations and suggest alternatives to this ridiculous proposal. I'm trying to come up with some thoughts, in that regard, myself. This just seems like such a weak and meaningless gesture on their part. Milquetoast indeed.

I think Duchy cookies should be fed to the grey squirrels...

Hmmmmm.....or maybe we should feed Prince Charles to the grey squirrels? Nah...too toxic!

Thanks for speaking out for the grey squirrels who suffer under the tyranny of Bonnie Prince Charles.