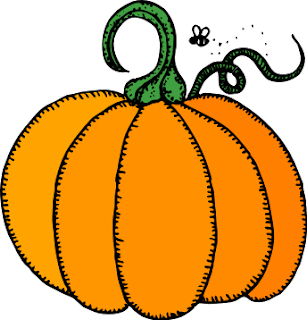 Trick or treaters are hardly a big deal to people who have little gray customers coming to their back (or front) doors 365 days a year. These are the folks accustomed to keeping a stash of squirrel goodies at the ready at the sound of hard nails on the windows, or someone body-slamming the door. (They haven't yet learned to use the doorbells, but give them time!)

So along comes this story from the Whitman College Pioneer , a student newspaper in Washington State. Goofy costumes are the campus standard for the holiday this year and apparently one fellow even dressed up as a squirrel for the annual festivities.

But goofy? Are squirrels really goofy?

I would think that the Sciurus Anti-Defamation League might take exception to that. A bushy tail is hardly an amusing physical feature! Squirrels are the architects of forests, after all, and can scale trees faster than Tarzan can. However, a steady diet of nuts and acorns might be considered odd, I suppose, to the meat-and-potatoes set. (Fillet of filberts, anyone?)

On the other hand, if you think of those who "flick or treat" with their tails and furry faces at your front door you have to have a modicum of respect. That's no costume - it's for real.

And - horror of horrors! - these guys are spookily serious. Just be glad squirrels (unlike vampires and werewolves) are not Creatures of the Night! So keep your treats handy and ... don't go outside your house alone on Oct. 31. Not unless you've got something in your pockets to keep the gobblin' goblins at bay.
Posted by squirrelmama at 12:47 PM 2 comments:

Attack of the killer acorns

If it is to be believed - and there is no reason to doubt it - acorns are obeying the law of gravity with amazing compliance and swiftness this year. 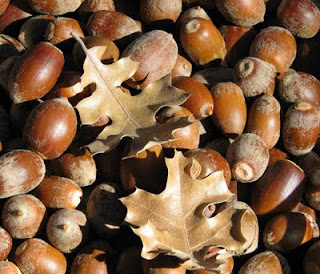 The result - abundant food for the squirrels, and an a-corn-u-copia of death, destruction and minor injuries for the hapless humans, auto windshields and other vulnerable entities that happen to be within vertical striking distance.

A report by earthweek.com indicates that this is the year for Acorns Gone Wild and that this is indicative of a Killer Winter to come.

By all accounts on this web site, it has already been a Killer Autumn - giving new meaning to the word "FALL" as it applies to the detritus from the branches above.

It could be worse, folks. Instead of acorns, these could be nuclear warheads. Or baby elephants. Or HumVees.

Let's be glad for nature's bounty, and for the fact that there are still enough trees to do what needs to be done to keep the planet in balance. Not to mention the squirrels.

For the next couple of weeks, carry an umbrella. Or, better still, wear a helmet.
Posted by squirrelmama at 1:25 PM 5 comments: