No squirrels in this end zone

A certain team will be missing this year from the big contest in Tampa Bay between football's Steelers and Cardinals: The Eastern Grays.


Nowhere in the noble list of big game sponsors is there a company who, this year, enlisted the help of these agile, photogenic, crowd-pleasing rodents to help showcase their products and services. 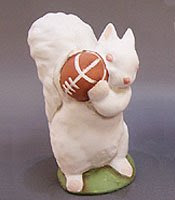 Are they nuts? (Apparently not, because a nut company would have chosen the obvious spokesrodent.)


Gone is the genital-chomping squirrel who assailed a dentist in the Trident chewing gum commercial of yore, the screaming, and (fortunately) tire-eluding fellow in the Bridgestone ad, and of course the unforgettable "Running of the Squirrels" high drama staged in Cecil B. DeMille-like fashion for a very forgettable company called EDS.


Are squirrels experiencing layoffs too? In this season when their cousins the chipmunks and the groundhogs are nestled in sweet hibernation, should the eastern gray perhaps rethink the addition of a similar midwinter's snooze too? Granted, that means they would miss the playoffs and Superbowl, even as spectators, but that would open up whole new career possibilities for them in sports advertising once baseball's spring training season is through.

Provided, that is, Major League Baseball can somehow keep them from gnawing at the teams' bats.
Posted by squirrelmama at 12:53 PM 4 comments:

Nothing lost in translation

Do squirrels speak Spanish?
Or, perhaps more importantly, do the people of Colombia, South America, speak Squirrel?
The answer, most assuredly, is "Si."
During a monthlong visit to that country, my friends Rich and Luis traveled, visited Luis' family, and took pictures of everything - squirrels included. Apparently, the South American nation that practically deifies the humble java bean also apparently gives an admiring nod to the bushytailed denizens of their trees.
Squirrels get their name, or at least their profile, in lights during the Christmas season, and Rich was thoughtful enough to capture this image of a Christmas squirrel before the glowing rodent clambered up a holiday lightpole where, no doubt, he was building a nest made entirely of incandescent lights and L 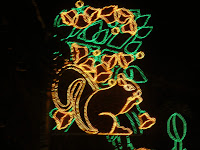 Then, on a visit to a place outside Medellin, they found a restaurant known as Pescadero Trucha Arco Iris (or "fishing place" for a type of rainbow fish) which was furnished with tables and chairs hand-painted by local artists. The chair pictured here would obviously be a place of honor for the squirrel-lovers among us. (It's not clear, however, whether that would obligate one to order something from the menu featuring acorns, nuts or berries.)

Squirrel decor, both indoor and out, can be downright chic. Imagine if the modern furniture designers, Charles and Ray Eames, had been rhapsodic over rodentia. Imagine if the 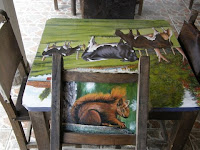 evolving designs of Frank Lloyd Wright had gone through a "Chipmunk Phase."
It is encouraging to think that while some people view squirrels as pests, annoyances and even vermin, others see them as inspiration.
No matter what you call them - and in whatever language you speak their name - they can leave an image buried in your imagination long after you have seen one scamper across your path.
But then, they're good at burying things, aren't they?
Posted by squirrelmama at 8:49 PM 9 comments:

Mr. Tilty is doing fine. This should set the record straight for anyone who has been worried about him (and that includes me).
He was seen out and about during the last snowfall a few days ago and today, I am happy to report, he was back atop his regular nestbox. Weaker squirrels often get picked on a

nd I'd feared he might have been evicted. But no, he has not been thrown out by some cruel rodent landlord or by a contentious

roommate wanting to crack nuts privately, late into the night; rather, Mr. Tilty has been sharing his living quarters, as squirrels - even warring ones - often do in the winter because friendship is the greatest warmth that acorns can buy when the temps drop to single digits.
I admire him for the one habit he has displayed, which I find particularly endearing - sitting atop his nestbox, even in these frigid temps, basking in the sun. He takes it all in, crooked angle notwithstanding. Sitting up there, he is full-bodied and apparently happy, his nose sticking almost straight up in the air.
Tilted or not, he seems to be sitting on top of the world.
Posted by squirrelmama at 1:53 AM 7 comments:

I wish squirrels read newspapers.
I wish they at least subscribed to them.
Sometimes I even wish they worked for them. Then again, it is entirely possible they already do, judging from the squirrelcentric content of some major papers in the last two or three weeks:

USA Today, the Washington-based paper, reported earlier this month on a far-reaching shortage of acorns from some of the nation's oaks. It was done with respect and with input from scientists, biologists and others who are concerned not just with the botanical consequences but the "squirrical" ones. The story showed a good bit of research, balance and respect on the part of the author who, I suspect, could have had a bushy tail and some formidable incisors. One never knows. 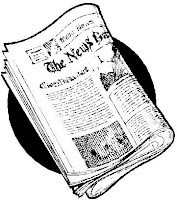 And earlier this week, the venerable New York Times included yet another squirrel-related item in its popular, chatty Metropolitan Diary column: This one about a squirrel whose carefully plotted acorn-hoarding tactics over the years have charmed the doorman of a building near one of the city's parks. I love this one in particular because the survival of urban squirrels is a particular concern of mine, but this one clearly has his game all mapped out. I suspect the reader who submitted this item to the Metropolitan Diary might possibly have been a squirrel, admiring this guy from afar, in an adjacent tree.

Today is Squirrel Appreciation Day - a festival that has the unfortunate acronym of S.A.D., but it is anything BUT. Squirrels have been in the news on a regular basis and it is clear that the Fourth Estate believes in total coverage in black and white (if not also grey and, at times, red and even albino.)

In that respect, it might well be Newspaper Appreciation Day too.
Posted by squirrelmama at 11:11 AM 4 comments:

Meet "Mr. Tilty."
I first wrote about him in November. We realized then he has not just been a welcome resident in our yard, but he was making his home in a wooden nestbox high in our tall sycamore. We love him for many reasons. He is a symbol of courage and also of determination, living out a difficult winter with var

ying degrees of disability.
At times he runs and moves in a troublesome fashion, seeing the world at an angle because he lists to one side, like a slowly sinking ship.
In these photos, taken a week and a half ago, that tilt was not so evident. But today, when we saw him, the slight tipping had become a toppling. Once or twice he lost his balance altogether and was lying in the snow, however briefly. He also has an injury to one digit on the left front paw, which appears to be healing - but it is the tilting that is of concern to us now. He can run, he can climb and he can gather food.
But we are worried.
Wish him well. We are monitoring his progress, and his decline, if it continues.
If he cannot continue to make his way in the world and needs us to step in and help him, I hope he will let us. This is a tough winter for everyone - especially Mr. Tilty.
Posted by squirrelmama at 2:10 AM 8 comments:

Feeding the squirrels, or feeding ON them? 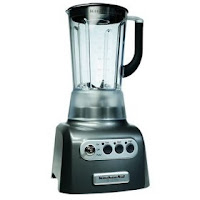 The subject just won't go away.

A new New York Times story reports once again on a resurgence in the British proposal to eradicate grey squirrels - the acknowledged nemesis of the native reds - by eating them. This notion has been circulating for quite some time, has given butcher shops in the UK a renewed entrepreneurial spirit, and has challenged chefs who possess a desire to appear both creative and patriotic.

What a world. Imagine if we all sought, similarly, to conquer our various enemies by eating them.

Labor union leaders would publish cookbooks containing varieties of souffles one might whip up using recalcitrant CEOs and vicious vice presidents as the main ingredients.

Assembly line workers would hold morale-raising barbecues, with the sole purpose of skewering, marinating and roasting the shop foremen.

The stomach, formerly known only as an organ of sustenance for the body, would now become a sociopolitical battleground. Who could have predicted such a fate for this simple part of our anatomy?

Squirrels of Britain beware: The hand that feeds you all those nuts so lovingly and generously today may simply be seeking to fatten you up for tomorrow - for supper.
Posted by squirrelmama at 12:50 AM 4 comments:

Cupid isn't shooting arrows this year - it's icicles that the little urchin has poised in his bow. But his marksmanship remains uncompromised.

By July of this year, the gossip mills will be churning over Hollywood's most wonderful prehistoric romance - Scrat, the dinosaur-era squirrel who starred in the first two "Ice Age" movies finds true love (or at least pursues it with the same passion accorded his acorns). The animated action movie, "Dawn of the Dinosaurs," will shoot out of the studios with firecracker abandon, just in time for Independence Day, July 4.

Given the company he has been keeping in the previous flicks, from the full-bodied brontosaurus to the tree-top-tall T-rex, this forebear of today's rodents deserves a bit of smooching too, don't you think? Squirrel Does Not Live By Walnuts Alone.

I can't wait to see the fireworks.
Posted by squirrelmama at 1:49 PM 3 comments:

The giant acorn has dropped in Times Square, teeth are chattering, tails are flicking and feet are stomping! That makes 2009 a whole Gnaw Year for squirrels (and the rest of us).

1. To let the birds have the best of the pickings at the feeder.

2. To enroll in carpentry school so as to replace, in a workmanlike fashion, any and all wooden parts of decks, roofs, doors and siding that mysteriously got chewed beyond recognition.
3. To never aim for anyone's head when dropping tree nuts, acorns or other large objects (including corncobs), and to apologize profusely if a moving target is hit anyway.
4. To replace any and all expensive, imported and heirloom plantings such as tulip, daffodil and other bulbs that provide a sumptuous buffet al fresco lunch.
5. To be less cute, less disarming, less clever and less endearing and to immediately cease and desist in the brazen stealing of our hearts.

As a species, squirrels have had tens of millions of New Year's Eves and New Year's Days.

Resolutions, like nut shells, were made to be broken.
Posted by squirrelmama at 12:23 AM 3 comments: