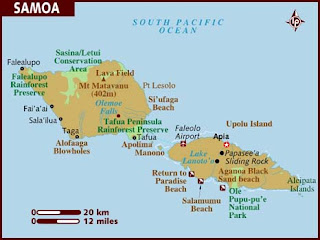 The Pacific island nation of Samoa made New Year's Eve news this week through its elimination of Friday from the calendar - this week alone - and taking a headlong, well-publicized jump directly into Saturday. The Samoans have remade the days of the week this week largely for economic reasons: They want to align their schedules more readily with their present and future trade partners.

If this seems revolutionary, imaginative, creative and outlandish, well, think again: Squirrels have been doing this sort of thing for centuries, ever since humans and squirrels collided along the woodland path.

Squirrels long ago decided there would be no need for any Monday, Tuesday, Wednesday, Thursday, Friday, Saturday or even Sunday. No Sabbath, no holy day of rest. (Squirrels don't rest much anyway). No special holidays, three-day weekends, even any annual White Sales (squirrels don't need bed linens), Fourth of July specials or even Labor Day weekends (squirrels don't join unions).

To squirrels, every day is simply Nut Day. So this is how the squirrel calendar looks:

Take that, Samoa. You think you're so clever. But you can't outsmart the squirrels. They'll always be one day ahead of you.
Posted by squirrelmama at 9:22 PM 2 comments:

The Christmas carols have faded and the nursery rhymes are about to begin.
Listen carefully: You can already hear the sounds of Baby Squirrel Season 2012. Mass production is already under way. 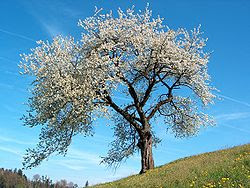 The squirrels out there - the ones chasing each other - are not engaged in the squirrel version of any post-Christmas reindeer games. And they're not training for the winter Olympics. Here in the northeast, the annual mating game has begun and it is no meaningless frolic. The parts these squirrels are moving across the gameboard aren't exactly gamepieces. These are squirrel "private parts," and this is the serious business of rodent reproduction.

Heaven help us: All I wanted for Christmas this year was a kinder, gentler form of Squirrel Birth Control.

Is it too much to ask someone to fly a helicopter over the world's forests and, just for one season and one season alone, drop thousands of itty bitty chastity belts into the woods?

Would it be too impossible to borrow some of those old Army training films that were shown to soldiers to turn them off to promiscuity and line up the squirrels for a viewing?

Can some clever wildlife biologist please devise an "on-off switch" for squirrel hormones, just to give rehabilitators a break?

I'm not saying forever here but for just one season? It would be like winning the Lottery for many of us.

But Mother Nature supposedly knows better. And there's no force stronger than that, except perhaps the birds, the bees and - sorry to say - the squirrels.

Spring is coming sooner than you think. And this year's Class of 2012, just like last year's graduates and the ones before, all failed sex education.

Brace yourself.
Posted by squirrelmama at 10:00 PM 2 comments:

It's worrisome enough to make even the most mellow squirrel-loving human turn a deep shade of eastern grey: This is supposedly a "bust" year for acorns, following the acorn "boom" of 2010. 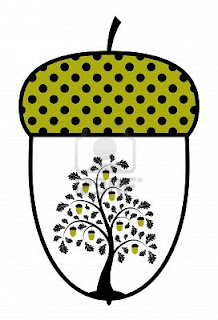 Yet a recent New York Times article claims the dearth of these seminal trees-to-be is most evident in places such as Central Park, and will have a ripple effect affecting both predator and prey. Humans are not left out of this ill-fated equation.

As squirrels go, so goes the nation.

Blame the trees which, apparently, are not doing their part. Acorn production, according to one forest ecologist, is well below the average 25 to 30 pounds a year per tree, for oaks alone.

Is this a workplace stoppage? Are the trees going on strike? Or perhaps, like so many American production facilities, perhaps even trees have begun to outsource their output to overseas facilities where tree labor is cheaper (and not even unionized)? Perhaps even underage trees are being forced to produce acorns before they are even mature enough to handle it?

It's easy to see, from the squirrels' point of view, where this can all lead back home in the U.S.: No nut-cache to be had means a future rife with hunger and with few available jobs because there is nothing to bury. Fewer acorns to sprout and grow means, ultimately, fewer trees to house squirrels of future generations.

The Federal Acorn Reserve Bank doesn't seem to want to kick in its share - adjusting the interest rate on acorns or maybe giving squirrels easier access to acorn credit - but then, would squirrels even accept government handouts at this point? I think not.

There has to be a solution.
This would ordinarily be a tough nut to crack but, unfortunately, there are none of them to be found.
Posted by squirrelmama at 1:02 PM 1 comment: