The discovery of a rare white squirrel in Massachusetts has made news, just as another white blizzard - of a meteorological nature - is grabbing headlines up and down the East Coast.

As easterners brace for the first major snowstorm of the season - a pre-Christmas one, at that - the Whitman, Mass., area is celebrating the winter white squirrel who has been gracing their trees and their yards. 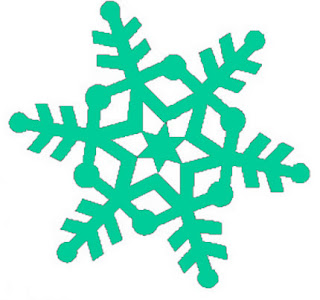 All that's needed to do right by this sudden appearance of winter white is to sit back, enjoy and throw nuts.

That's nature's holiday gift to Whitman, Mass. Who'd want to exchange a gift like that?
Posted by squirrelmama at 11:48 AM 4 comments:

And a little squirrel shall lead them

Our planet was not quite poised for World War II at the time Hollywood sent these squirrels out onto the nation's movie screens to carry the message of peace. The apocalyptic vision they share in this video is no less potent because of its animated format.

And forgive the twist on a biblical reference I have given the title of this post: The concept of peace on earth makes as much sense in the secular realm as the spiritual.

Please devote 8 minutes to watching this video. Yes, it's a cartoon and yes, the main characters are squirrels, but this vintage MGM video is so much more.

Even now, so many decades later, animals - real and animated - still have much to teach us.

Of walnuts, acorns and mandolins

The magic of the holiday season has turned a tiny squirrel into something bigger than a rock star:

There he is, at the end of this 30-second commercial for Garmin GPS devices, standing solidly center screen, moving and grooving as he strums the strings of a tiny mandolin.

He shares his brief moment of fame in this commercial spot with other fantasy creations: leprechauns running a marathon and a knight in shining armor behind the wheel of a very suburban-looking station wagon. It's not likely you'll see the likes of these on your neighborhood streets.

This squirrel has captured the imagination of almost anyone who's seen him. Who knows? He might even get fan letters along with a few Christmas cards.

And so a Garmin GPS device has helped guide us into a formerly unmapped territory this season: A landscape in which squirrels can be music makers, working their tiny instruments as if they'd become enchanted walnuts given voice with strings.
Posted by squirrelmama at 9:07 PM 1 comment: