He was just a potty animal

Fact #1: A squirrel does not belong in a toilet.

Fact #2: A toilet is an exit, not an entrance. You don't want to be going into it; you merely want to interface with it long enough to send stuff on its way. 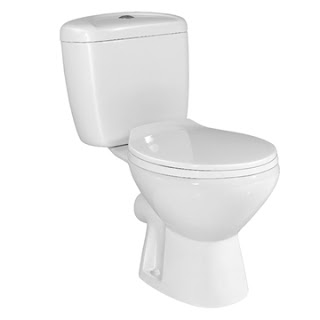 Fact #3: This past week's story about a squirrel in a toilet in Oklahoma - the one that made national news - is mildly amusing (and only mildly so) solely by virtue of its happy ending. Otherwise, there is not a shred of "funny" to the sequence of events.

But, it seems, there was indeed a squirrel in a toilet in a woman's home in Oklahoma this past week and she called 911 because she considered it an emergency - for her, presumably, and not for the squirrel, though the unfortunate creature was clearly the one up the ceramic creek without the proverbial paddle.

The news accounts don't say how the squirrel got into the toilet, much less how he entered the house or bathroom in the first place, and even the video accompanying the stories gives no clear view of whether the squirrel was injured - but by all accounts, he wasn't.

Fortunately, there are only a few true-to-life Demons of the Toilet we need to fear. In New York City, many apartment-dwellers are haunted by the prospect of sewer alligators emerging from their commodes in the dark of night and creating all manner of violence. This is the uptown equivalent of the Loch Ness Monster.

And there are other horrifying toilet nightmares that, frankly,I would rather not recount in polite company of my readers. But suffice it to say, these scenarios involve spicy food.

A commode-caught bushytail, however, is hardly a toilet terror.
And though the woman was right to call 911, she was clearly looking to save herself, not the squirrel.

The good news is the squirrel survived.

Perhaps now the woman will have learned something: When it comes hysteria and toilets, it's best to keep a lid on both.
Posted by squirrelmama at 5:48 PM

Was the squirrel so flush with excitement that landed it in the commode?