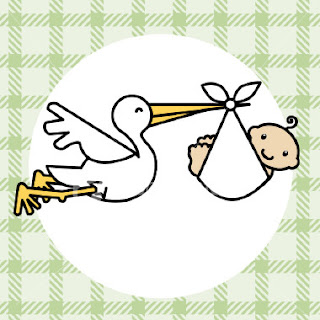 Punxsutawney Phil and the Stork have something in common, it seems. Both herald births.

In the stork's case, it's kind of obvious, since the legendary long-limbed bird has spent generations arriving with a delivery of diapers, baby and (before he wised up and quit smoking) a pipe in his mouth.

In the groundhog's case, it's the delivery of spring - six weeks in advance of its often warmly welcomed birth. (This year, unfortunately, there will be a bit of hard labor before this birth is through: Six more weeks of winter was the proclamation delivered Punxsy Phil who, no doubt eased some of our pain and suffering by text-messaging his findings to people's phones in case they missed him on TV.)

Well, at least three humans in my circle of friends are celebrating Groundhog Day, regardless of Phil's predictions, and it's not because they love winter. They love having a birthday today.

In fact, Hannah, who turns 10 today, doesn't even believe in the groundhog's power. Still, she says, "I think it should be a more popular holiday," she adds, no doubt because it happens to be her birthday. Hannah offers her own feet-on-the-ground weather forecast. "I also think that we will have a early spring because we don't really have that much snow now."

Marsha, who turns 33 today, is an animal lover but still thinks the holiday should be renamed. "Why don't they make my birthday a holiday, like Marsha's Birthday Day? See how good that would look on a calendar?" She's got a point. But she didn't expect to see her shadow this morning and, by all accounts, probably didn't.

Marshall, another two-legged non-groundhog pal, shares this birthday day with his wife, Sherry. And Marshall says: "You just put a damper on my birthday that I have to play second fiddle to a rodent. As long as he predicts I will have another birthday, that is enough."

Good point. Phil predicts that all birthdays today shall be happy ones - days in the spotlight and days without shadow.

Now please, he asks, can this tired groundhog just go back to sleep?
Posted by squirrelmama at 3:50 PM

No birthdays over here, but the annual appearance of Wiarton Willie and the ode to his Groundhogness is up at Poetikat's if you want to revisit his origins.

Love your linking to the stork-delivery. Well-crafted!

Willie's a perennial favorite, Kat! Don't mind if I take a peek :-)

Kennewick Kevin, a local Washington State groundhog, says spring is one its way...seems the little critters can't agree.
I want to know what the squirrels say

The indoor squirrels (in wildlife rehab care) have no opinion at present because their lives are now seasonless. The outdoor squirrels (the ones living on our property in nestboxes and the trio in our pre-release pen) are predicting an early spring because they want leaf buds and polynoses to munch. I think they would get along just fine with Kevin.