Squirrels are political animals too

According to a recent story in the Sunbury, Pa., Daily Item, the Pennsylvania Department of State has received a filing from the Squirrel Reform Party to be a player, among the Republicans and Democrats, in this year's elections.

Now everybody knows there's no George W. Bushytail in the running, and Theodore Rodentsevelt's term is long since past. Likewise, there's no candidate on the ballot named Filbert Jackson (nor a hopeful First Lady, Hazel Nutt, or a vice presidential Walnut Mondale on the ticket). And let's not even dredge up the sorry tenure, in the 1970s, of President Richard Milhous Nutkin. 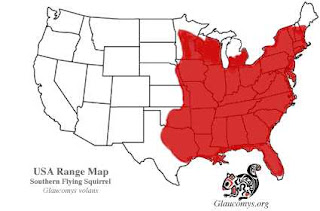 So what's up with Squirrel Reform, anyway? In a nation where states are officially considered "blue" (for Democratic) or "red" (for Republican), just where do the Greys fit in?

I believe the party is trying to push a simple agenda that includes these reforms:

1. Campaign contribution overhaul: Donations of nuts shall be restricted only during the autumn months, and limited to a maximum of one bushel per voting household.
2. No political stumping whatsoever. In fact, no stumps at all. Trees are to remain intact in order to house the maximum number of squirrel families.
3. No vicious chattering about the opposition.
4. Digging up - and then reburying - all those nasty political rumors

Just think about it: If they succeed (which may not be such a bad outcome, if you think about it), our nation may end up in even more of a race for the Nut House.
Posted by squirrelmama at 10:35 PM

I'm laughing hysterically- I love your site. I'm quite a squirrel enthusiast myself. Look for me to check back often :-)

Hi Rachel, thanks for stopping by....I figure with politics you either gotta laugh or cry. Glad you laughed!!

Was jus browsing whn I came by ur blog! Intrigued and quiet fascinated.
M gonna b watching you.

I like your site, do you what squirrel in Indonesia language? It's Tupai

I like your site. Do you know what's squirrel in Indo language? It's Tupai. If you don't believe it, you may go and ask Obama:)

I like your site, do you what's squirrel in Indonesia language? It's Tupai.

Tupai. I like that.
Now have another word in my vocabulary. I know in Italian squirrel is "scoiattolo" and in Spanish is "ardilla."
Tupai sounds beautiful. Thank you!