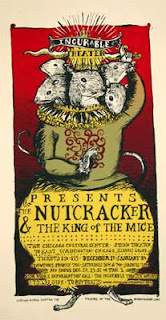 Finding holiday inspiration within the hard coldness of Russia's Ural Mountains, Peter Ilyich Tchaikovsky still should have known about the squirrels: When the 19th century composer set the magical story of an enchanted nutcracker to music in 1892, crafting "The Nutcracker Suite," he really should have done his homework first.

Squirrels, after all, don't just have an ethereal quality but were always the original nutcrackers. And as the Christmas season wraps itself around us, we are again charmed by Tchaikovsky's presentation of young Clara's romantic dream of a nutcracker prince. We watch the couple's affectionate pas de deux play out on stage.

Then, peering outside our own windows to a real-life stage beyond our homes, we see squirrel libidos engaged in a more shameless pas-de-do-it-and-do-it-again-and-again. The elegance and charm of tutus and tights have nothing to do with this rodentian wrestling match. There is nothing sweet about what these nutcrackers are doing.

Tell us, Tchaikovsky, what's a Sugar Plum Fairy to do? We could seek counsel from the squirrel-savvy Mouse King and his loyal army -- the antagonists of the "Nutcracker" tale -- but who wants advice from the bad guys? 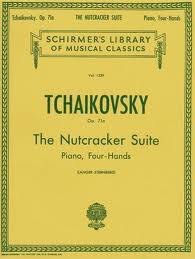 Besides, the king gets killed off early in the story. (The classical version of the "Nutcracker" is devoid of sex but not of violence, garnering Tchaikovsky a modern-day "PG-13" rating.)

However, the dance outside our doors is more akin to "50 Shades of Eastern Grey," with a passion that might melt even Tchaikovsky's most brutal Russian mountain snows.

Wildlife rehabilitators need to forget Tchaikovsky altogether. It's time to compose ourselves instead: For the fictional Clara may awaken from her "Nutcracker" dream beneath the Christmas tree embracing her treasured wooden nutcracker toy - and the prince will have vanished back into her dream.

But when wildlife caretakers awaken (even ones named Clara), the prince hasn't gone anywhere - and neither has the princess. They are grey, bushytailed, and their hormones are in full reproductive rage.

In the kingdom of the woods, squirrels are the reigning princes and princesses. And even once Christmas has long passed, the impassioned mating dance of these nutcrackers will go on.
Posted by squirrelmama at 12:17 PM

:-)
And Merry Christmas to you, Linda!