Time out for squirrels 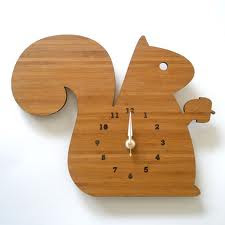 Or maybe I'd be better off in Istanbul.
Or Constantinople.

The squirrels, on the other hand (in this case, the hour hand) don't seem to mind. They've adjusted. Delightfully diurnal, they live year round on Nut Savings Time, impervious to humans' machinations surrounding the world's circadian rhythms.

Rise and shine (a little earlier): Here they come. It's half-after Almond, a quarter to Brazil Nut. It's 20 after Walnut. With spring just days away, the squirrels have been working overtime - who has the luxury of looking at the clock?

But the question remains: Where did that hour go? Some suggest the squirrels stashed it beneath a maple tree or stuffed it high in the branches in one of their dreys and are keeping it there until fall.

Other suggest the squirrels took that hour and cracked it open between their teeth, then swallowed its innards whole.

Or maybe that hour never existed at all. Hours and minutes are, after all, the obsessions of humans, not squirrels. And none of it matters, at least not to them: Somewhere between 6 and 12 hungry squirrels have already been at the back door - or the front door - since the sun came up, making their demands.

"The time is NOW," they are saying.

Perhaps they are right: Seize the day. Or at least, the next nut that comes along.
Posted by squirrelmama at 11:27 AM

Two points impress me. First, there are people who assume that with daylight savings time, the day is longer. Second, Tiny (the squirrel) who was coming at 5:30 p.m. on standard time for dinner showed up at 5:30 p.m. savings time (on Sunday) for dinner. The second point leads me to the conclusion that squirrels can compensate for human folly.

Yes they somehow do make the time adjustment gracefully. They make our lives look so much like folly. Squirrels "go with the flow" which probably explains why, as a species, they shall outlive us!

hey, can we get a squirrel watch to tell squirrel time?

Squirrel watches are out there! I've seen them!