Red squirrels in Scotland are dying.

So says this report in the Scotsman which rightfully points a finger at the eastern grey squirrels - members of the non-native species who never asked for transport across the Atlantic but, nonetheless, are there. And with them is a lethal form of pox that, once it seizes its victim, kills over a period of weeks.

The greys are considered carriers - not victims themselves - because they appear to have some measure of immunity.

It is particularly tragic to see this small red squirrel, much loved in its native United Kingdom, immortalized by Beatrix Potter, destroyed by this highly virulent strain. It is sadder still that a distant cousin is responsible (even inadvertently) for the annihilation.

Britain's response to these awful deaths is not a much better antidote - it amounts to a different kind of pox. One called fear.

Officials have been calling for some time for the trapping, killing and otherwise wiping-out of the grey population. 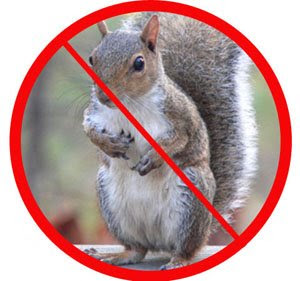 There have been epidemics of human diseases in the past, ones that will go unnamed here, but these diseases too have been tied to certain populations of people, with hatred, fear, violence and other means also considered as antidotes, or measures of prevention.

Whether the violence suggested is directed at a human or an animal target it is still, unquestionably, genocide.

Seems like there should be some treatment or preventative for this.

Hands off the adorable gray squirrels, you despicable barbarians in Great Britain! The real reason you barbarians kill those beautiful-in-and-out animals is your animosity toward the American people. You barbarians consider those valuable animals the AMERICAN INVASION!

To all people with their humanity intact it should be totally obvious that squirrels were not created for the purpose of hunting. In terms of human depravity eating squirrels is just one step below cannibalism.

The gray squirrels DO NOT eradicate the super-adorable red squirrels. Red squirrels simply run away from the grays, as the latter are stronger genetically. The way to preserve the reds is to focus ON THEM, not to focus murderously on the grays. The number one killer of the squirrels are the bandit-drivers on the streets and roads. Conduct an educational campaign for them to stop killing squirrels. Put up “STOP for squirrels” road signs. Exterminate natural killers of squirrels – raccoons, hawks, falcons, eagles, etc. Protect and feed everywhere the adorable squirrels; ALL OF THEM!

You are lucky squirrel-murdering bandits I don’t live in your decadent country. If I caught you killing squirrels, it would be YOU who would be hunted by me, after being given one warning to stop.