Because they all count

I want to write this before I forget. Because tomorrow morning, I am taking a trip to the pet crematory only a few miles south of here, with the body of a young female squirrel who came into my life late Friday and was gone from it by early Saturday.

I got the call on Friday afternoon from a woman in an apartment complex about 7 miles away. No one, not even the SPCA, had responded to her pleas to help what she thought was a wounded squirrel in the apartment courtyard. Could I help?

Catching her was easy enough. She was twitching and rolling on the ground. I held the small cage over her and she rolled in. Her twitching was tough to watch. I'm not sure if she was having seizures, or had been poisoned, or what, but I got her ho 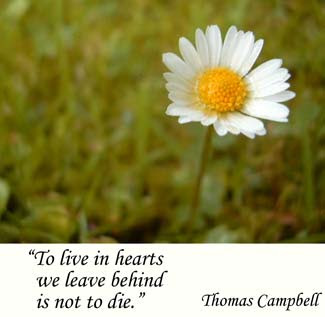 me, gave her some warm bedding, and after a bit, got some fluid into her slowly. She drank from the syringe, even tried to hold it - unusually submissive for an adult, even a young one - and I got the sense she wasn't completely cognizant of her surroundings.

She calmed. She slept. She ate. She even tried to nibble on a small bit of soft corncob I put in for her. When I got back from work after midnight, she took a second feeding later - some more fluids, mainly - and was voracious.

In the morning I found her stiff and lifeless. There was not a mark on her, though I know she could have fallen, or been struck by something that did not leave a readily visible mark.

I will probably never know. I do know she died warm and she was not on the cold ground that night dying her slow death under the watchful eyes of raccoons or other predators.

I did what I could for her, which was not much, in the long run.

But because they all count - at least to me -I am writing about her here because her life mattered and it was worth trying to save. Even though saving her was, in the end, beyond me.
Posted by squirrelmama at 11:17 PM

What a sad and moving story. I'm just glad that poor squirrel had you to make her last hours more comfortable.

My feeling is, at the end of the day it's a Great Mystery as to who lives and who lives, who gets sick and who stays well. But it is important that we all do what we can to be there for our fellow beings on this planet we call home.

Thank you for that, Jan. I will be taking her to the crematory shortly and your message to me comes with good timing. Thank you for caring.

SM- I admire what you do. Not only did you help the poor squirrel, but the woman that found her as well.
No one wants to see an animal suffer.

So wonderful that you were able to give her a few good moments in her final stage. How sad and yet, how inspiring. You were called to this duty, Squirrelmama and you were born to it. It is sad and yet I envy you the experience.

The poor little mite - at least she was able to die in peace.

Yes, no matter how long I do this (and it is more than 10 years now) this will always upset me. But I know sometimes the best we can do is let them pass away quietly, without pain and with dignity.

Your whole journal is absolutely delightful, and this story, especially touching... We stop our days many times throughout the year to watch the antics of the squirrels in our yard in seattle... Thank you for your lovely observations!! cheers, bernadette...

It is so great to hear from a kindred spirit, Bernadette, especially someone who recognizes the joy these intelligent animals can bring us if we simply slow down our own lives and watch them. And maybe care a little bit more about our world. Thanks for stopping by - please come back soon.